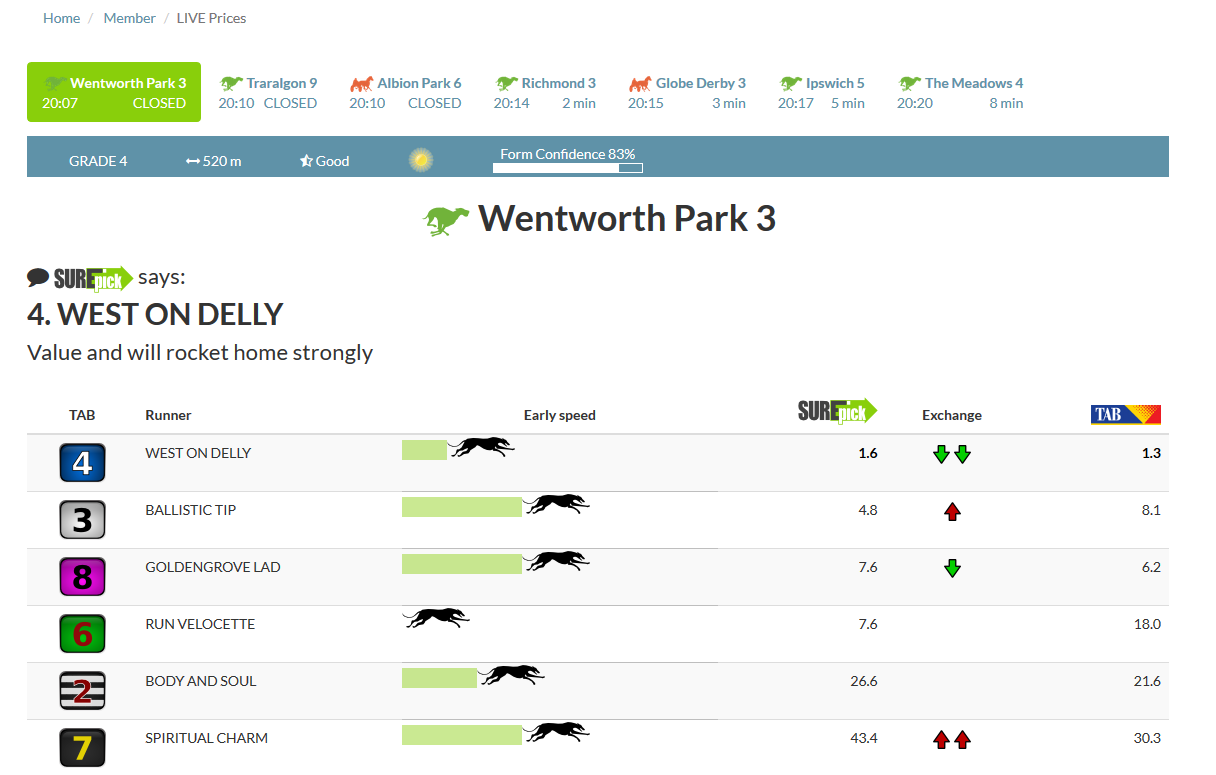 The SUREpick Greyhound ratings service is the brainchild of Robert Hill, a highly successful professional with more than 30 years experience as a trainer, owner, bookmaker and punter in the greyhound industry. In the days when punters frequented the racetrack, Robert was regarded as an icon and his followers would come from far and wide to "pick his brains" to find those elusive winners. Robert developed SUREpick in the early 1990's and SUREpick has evolved and been available to an increasingly larger clientele ever since.

Since those early days, the SUREpick product has been widely recognised as being the greyhound form source of choice for professionals and novice punters alike.

Unlike cheaper imitations of the SUREpick product, our ratings are not done by wizards, computer selection processes or guesswork. We rely on a team of analysts around Australia who watch every race for which there is vision, and record every nuance of every dog in every race. With this knowledge and skills acquired over many years they are in the best possible position to predict the outcome of future meetings